What The Scientist Are Saying

There are hundreds of scientific papers published in prestigious peer-reviewed magazines documenting the extraordinary complexity of cetacean brains. There are of course a few deniers, just as there are a few climate change deniers, Holocaust deniers, Flat Earthers and Kristjan “whales are just another fish” Loftsson.

Kristjan Loftsson has attributed theories that whales are highly intelligent to ‘a bunch of crazies’.Kristjan Loftsson, Iceland’s millionaire whaling king, doesn’t really see the difference: “Whales are just another fish,” he said at a crunch meeting of the International Whaling Commission in Agadir. Kristjan Loftsson does not like to be called a murderer of intelligent non-human people, but he does not dislike it enough to close HVALUR, his sordid whale-killing company because he does not care that he is bringing shame to Iceland every time HVALUR kills another whale. 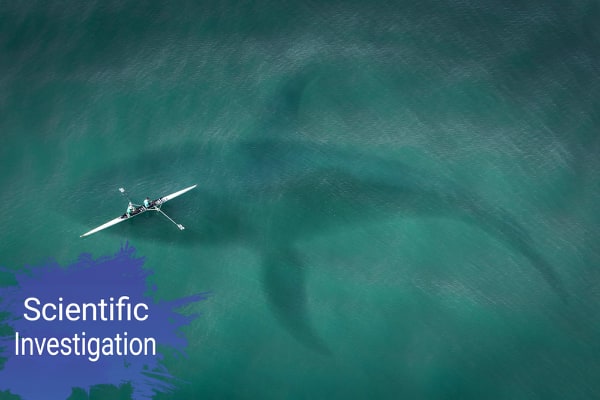 Here are some quotes from the “bunch of crazies”, the best experts in the field of cetacean neuroanatomy and ethology. Ethology is the scientific and objective study of animal behavior, usually with a focus on behavior under natural conditions, and viewing behavior as an evolutionarily adaptive trait. (Wikipedia).

THE AMERICAN ASSOCIATION FOR THE ADVANCEMENT OF SCIENCE (AAAS)

During its annual meeting in 2012, AAAS, the largest scientific association in the world (120,000 members) organized a symposium with the following title: “Declaration of Rights for Cetaceans: Ethical and Policy Implications of Intelligence”. The conclusions of the meeting are referenced below:

This is the first sentence of the seminar’ report:

“A variety of scientific studies have found that whales and dolphins are capable of advanced cognitive abilities (such as problem-solving, artificial “language” comprehension, and complex social behavior, indicating that these cetaceans are far more intellectually and emotionally sophisticated than previously thought.”

One clear conclusion of the meeting was that “the evidence for cognitive and affective sophistication—currently most strongly documented in dolphins—supports the claim that these cetaceans are “non-human persons,” should be seen as “beyond use” by humans and have “moral standing” as individuals. It is, therefore, ethically indefensible to kill, injure, or keep these creatures captive for human purposes.”

As a direct consequence of what the expert scientists in the largest scientific association in the world are saying, ethics and reason tell us that cetaceans have rights, including the right not to be killed.

“We estimated the total number of cells in the neocortex of the long-finned pilot whale (Globicephala melas) brain. For the first time, we show that a species of dolphin has more neocortical neurons than any mammal studied to date, including humans.” – P.J. MORGANE, Senior Scientist, Worcester Foundation for Experimental Biology, in “Mind in the Waters”:

“The enormous surface of the brain cortex and its luxuriant and highly-convoluted appearance still appear to be sound arguments for considering the Cetaceans as potential intelligent and highly- developed fellow beings.”

“In conclusion, let us agree that all the neurological evidence is not in regarding the whale brain and intelligence. However, enough is known to lead us to believe we are dealing with special creatures with remarkably developed brains.

Their kinship with man at the level of neurological development holds us in awe and fascination. It is unthinkable for us to sit idly by and let such unique beings wantonly be destroyed by selfish and short-sighted men.

Our training and deepest feelings make us respect these wondrous creatures. Would that the brains of men could lead them to live in harmony with nature instead of ruthlessly plundering the seas that nurtured us.

HANS B. GRUENBERGER, Brain Anatomy Institute, U. of Berne, Switzerland.
“On the cerebral anatomy of the Amazon dolphin” (Investigations on Cetacean Vol. II, p.1.): “Research carried out during recent decades has shown that many toothed whales (Odontoceti) have reached such a degree of central nervous system differentiation that, cerebrally, they are on a par with higher primates and human beings. This development has taken place mainly in the region of the neocortex and cerebellum, while other brain structures such as the limbic structures are considerably more reduced than in their original state, a fact which is clearly illustrated by comparisons with homologous structures in land mammals.” Researchers at that institute even reckon that a pilot whale brain has twice as many neurons as a human one.

“At present, one can only hope that the continued study of this unique brain, in volume and development entirely comparable to the human brain, will ultimately lead to an adequate understanding of this enigmatic organ.”

ALFRED A. BERZIN Chief of the Cetacean Research Laboratory, TINRO, U.S.S.R. In “Kashalot” (1971):

AWS invites Kristjan Loftsson to attend the World Marine Mammals Conference next December in Barcelona to listen to another “bunch of crazies” sharing their discoveries with their peers.