An Ethical Ban On Commercial Whaling

The Anti Whaling Society reprints the following document because we completely agree on its content. The document is part of the proceedings of the 2018 67th meeting of the IWC in Florianopolis, Brasil.

WHALES ALIVE is an Australian NGO founded by Mick McIntyre.

1) Science has proven the extraordinary complexity of cetacean brains and intelligence.

“The AAAS is the world’s largest general scientific society, with over 120,000 members, and is the publisher of the preeminent scientific journal Science.” (Wikipedia).

2) The high risks of local population extinctions. There is no indication that our knowledge of the complex dynamics of the whale’s populations and their environments will be sufficient any time soon to prevent local extinctions.

Many pervasive man-made dangers threaten the survival of the whale’s populations: overfishing, pollution ( chemical, noises, plastic debris), net entanglement, ship collisions, and global warming. Those dangers are complex and extraordinarily hard to control. By contrast, commercial whaling is much easier to control, and banning it is the ethical choice.

4) Animal Welfare and cruelty  Most cetaceans live in long-lasting families of hunters/gatherers. The cruelty of whaling is inflicted not so much on those killed, but on those who survive after their families have been decimated.

6) Whale meat is toxic. Health authorities in Japan and the Faeroe islands have issued warnings against its consumption due to their dangerous levels of PCB and organochlorides.

The immense field of non-lethal research in incompatible with killing whales.

8) The conflict between killing cetaceans and watching them. Whale watching is a much larger industry than whale killing.

Whale watching is now a US$ 1 billion dollar industry  – earning around the world much more than whaling.

There is a gross imbalance between the minute benefits of the whaling industry and the enormous harm it causes.

9) The rights of the millions of people who want to see cetaceans protected.

Their number is larger by several orders of magnitude than the number of people who want to kill them.

As an example, all the NGOs at the IWC which are financed by small contributions from many individuals (as opposed to governments’ financing) are in favor of cetacean protection.

Cetaceans do not belong to the whalers, who never bred them or fed them. Cetaceans are nomad wild mammals under the responsibility of all humanity. The proper forum for their conservation is the Convention on Migratory Species of Wild Animals (CMS), also known as the Bonn Convention.

10) The damage done to the moral standing of humanity is also incalculable.

One day commercial whale killing will come to be seen as one of the most shameful episodes in the history of humanity.

As humans get ready to travel to extraterrestrial planets and moons, they must make their peace with the Ocean People with an Ethical Ban on Commercial Whaling.

WHALES ALIVE invite the future participants in the history-making IWC 2020 meeting to contemplate these ten reasons and any other reason they may have, before voting on an Ethical Ban on Commercial Whaling. 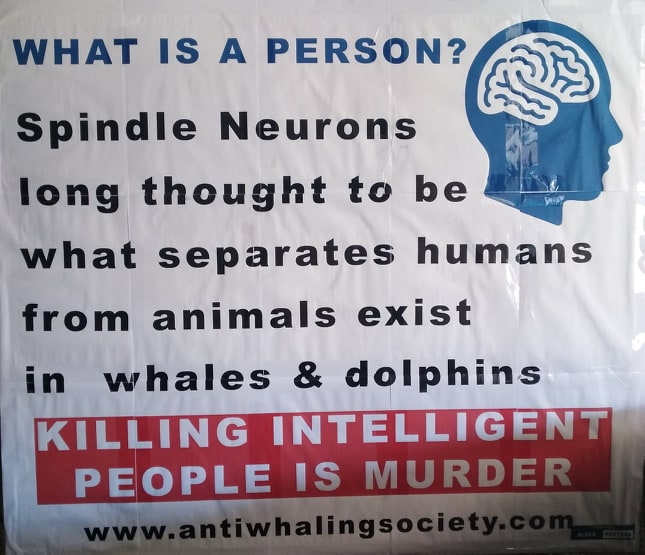