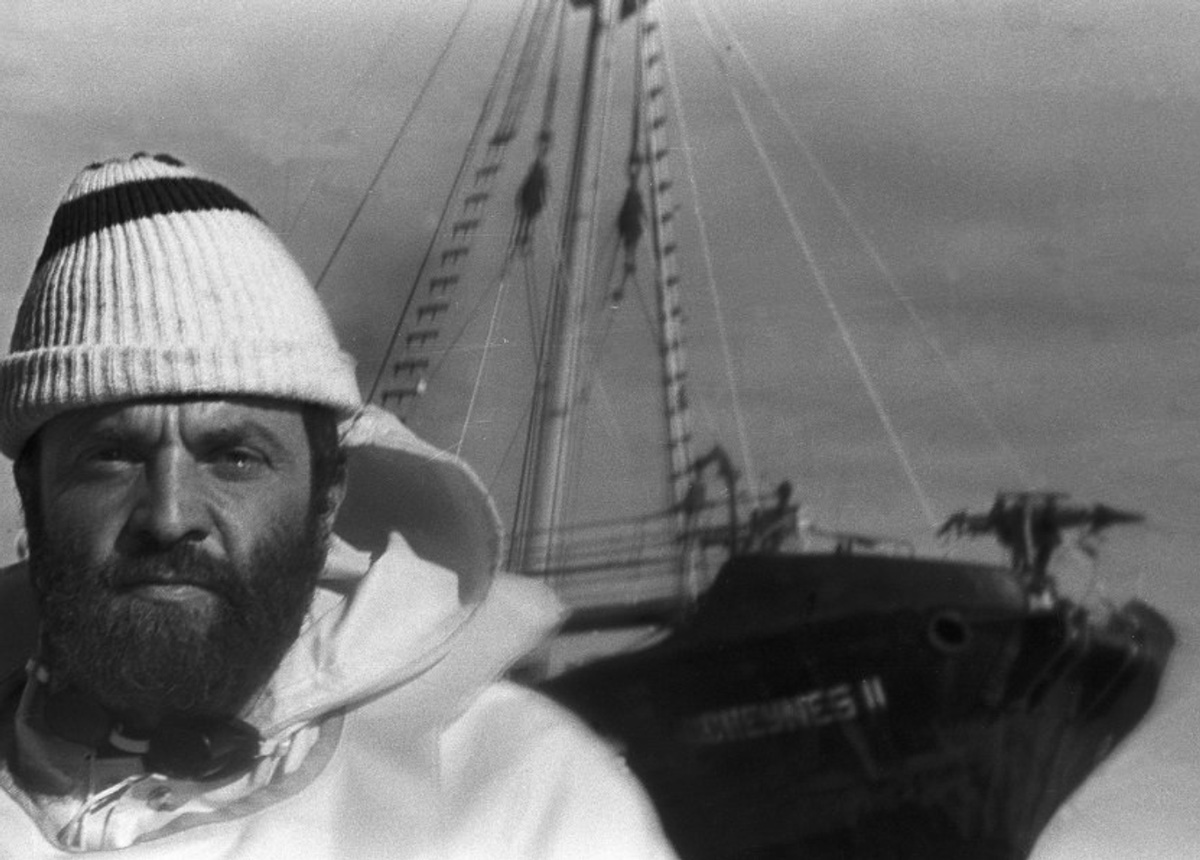 Anti Whaling Society (AWS) is a non-profit, non-governmental organization dedicated to the end of whaling everywhere on Planet Earth.

AWS got its name from the Anti Slavery Society founded in 1823 by William Wilberforce and Thomas Clarkson to fight for the abolition of slavery in the British Empire which was achieved ten years later by the Slavery Abolition Act of 1833. A successor organization was formed in 1839 to fight for global abolition. Today it has become Anti-Slavery International.

AWS sees its mission as the abolition of whaling instead of slavery, with the difference that slavery put free people in chains, while whaling kills them.

As one of its arguments against whaling, AWS points at the majority opinion of the scientific community in regard to the extraordinary complexity of the brains and of the behavior of many cetacean species.

1) BLUE SCARVES PROTESTS will hopefully become a  viral epidemy of small independent protests around the world, connected by the same visuals: blue scarves (on the example of the yellow jackets in France) and a wigged judge reading an accusation of murder and genocide to the individuals most responsible for whaling locked in pillory stocks.

The judge is also charging them for putting their narrow personal interests before their countries’ and their people’s good name.

The focus is on showing that the extraordinary complexity of the cetaceans brains is to-day a majority opinion among the scientist’s experts in the field.

2) AN INTERNATIONAL “RUSSELL” WAR CRIMES TRIBUNAL of Shinzo Abe and the Heads of States of whaling countries for murder and genocide war crimes, on the example of the tribunal organized by Bertrand Russel and Jean-Paul Sartre concerning the US war crimes in Vietnam.

3) A COUNTRY APPROACHING THE INTERNATIONAL COURT OF JUSTICE to explore the feasibility of granting Cetaceans their Rights to Life and Freedom as it has been proposed by the Whale and Dolphin Coalition.

4) AN ETHICAL BAN ON COMMERCIAL WHALING should be proposed at the next meeting of the IWC in October  2020 in Slovenia.

The proposal can be made by any IWC member country 60 days before the start of the meeting. There are presently 88 countries members of the IWC, the presenter does not have to be a member of the IWC at this time, but only to have joined before making the proposal.

Japan’s exit from the IWC probably means that the group of small clients states supported by Japan will be greatly reduced, increasing the chance of the South American IWC members getting the South Atlantic Whales Sanctuary successfully voted.

In particular, the new field of artificial neuron networks allows the analysis of the complexities of the structures of those communications without having to make any prior hypothesis, as some scientists have started to speculate.

6) A “BANSKI” VIRAL CAMPAIGN OF STENCILED GRAFFITI AND MURALS putting the responsible individuals on trial for murder and genocide.

7) PETITIONS organized by Avaaz and MoveOn have been signed by hundreds of thousands, and sometimes millions of people, and most likely get quietly shelved by some lower level bureaucrats without having any impact.

One idea which would give a much stronger impact to petitions would be to have petitioners include some cash in an envelop (which is legal), offering to help Japanese whalers’ reconversion into some more sustainable activity, such as whale watching, aquaculture and true scientific research on cetaceans.

The receivers of the petitions should be high level and civil servants and opposition party politicians who would have to physically deal with the money, either returning it or forwarding it. 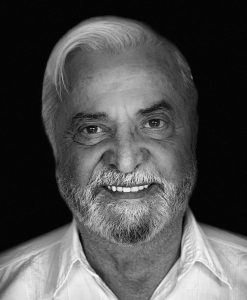 Paul Gouin is a  French businessman born in Morocco presently living in Spain. His interest in cetaceans started in 1976 when he read  “The dolphin, cousin to man” by Robert Stenuit. The book explained how the brains of the bottlenose dolphins (Tursiops) and of many of the 88 species of cetaceans were equivalent and sometimes superior in complexity to the human brain. The book convinced Paul that cetaceans were persons and that it was morally wrong to harm them. They are non-human persons and killing them is murder. The scientific evidence for his position has increased since.
At the same time, Paul became aware of the rapid disappearance of the large cetaceans hunted at that time by the pelagic fleets of Japan and the Soviet Union.
He decided to do something about it and to focus on the International Whaling Commission. He presented a paper on cetacean neuroanatomy at an FAO meeting in Bergen in 1976 (“Some aspects of cetacean neuroanatomy” http://agris.fao.org/agris-search/search.do?recordID=XF2016050740).
During that meeting, he convinced the then secretary of the IWC Ray Gamble to open the archives of the Scientific Committee of the IWC to the public.
At the next meeting of the IWC in Australia in 1977, he presented to the Scientific Committee of the IWC a paper explaining why the population estimates at that time based on catches-per-unit-of-effort were underestimating the decline of the whale’s populations, as these estimates did not take in consideration the increased efficiency of the equipment. He attended the Plenary Meeting of the IWC as Commissioner for Panama where he delivered an opening statement about the People of the Ocean, waving around a life-sized plaster cast of a cachalot (sperm whale) brain. Cachalots ( sperm whales) have the largest brains on Earth, four times the size of human brains.
After the meeting, which saw the catch quotas of cachalots cut down 80%, Paul Gouin started with some Australian friends the Whale and Dolphin Coalition and invited Greenpeace to join them in protesting the killing of cachalots by the Cheynes Beach Whaling Company is Western Australia. The company was so sure that the single inflatable of the Coalition could not stop the three harpoon boats that they invited all the television media aboard. As a result, every Australian watching the news the next day was treated with a video of cachalots thrashing around and agonizing in a pool of blood. It was during that protest that Paul’s friends nicknamed him the Phantom.
That, and of course the work of many other people and organizations such as Project Jonah, led the Australian government to establish a public inquiry into whaling. The result was the Frost Report, saying that not only Australia should stop whaling, but it should also help stop whaling around the world, which the successive government of Australia has been doing since. The book “The Last Whale” by Chris Pash published in 2008 has chronicled these events.
Another success of which Paul Gouin is proud is when at the 1980 meeting of the IWC, being Commissioner for Panama, he requested that a proposed vote for a general moratorium, which was heading for defeat, be split into two votes, one for coastal whaling, and one for pelagic (high seas) whaling. The result was the 1980 pelagic whaling moratorium (with the exception of minke whales) still in effect but largely forgotten because of the 1982 “moratorium” which included also the minke whales and coastal whaling.
Living at that time in the Bahamas, Paul Gouin organized a campaign which convinced four Caribbean countries to join the IWC in time to vote for the 1982 “moratorium” (technically a “zero quota” vote) which has been in force since. Soon after, he was terminated as Commissioner for Panama under heavy pressure from Japan.
Believing the fight against commercial whaling was essentially won, Paul suspended his activities until the Japanese government restarted pelagic whaling in the Antarctic under the guise of “scientific permits”. True scientific permits are allowed by the IWC convention.
Paul Gouin proposed the idea of a whales sanctuary in the Antarctic to the non-governmental organizations at the 1990 IWC meeting, but everybody thought it was an impossible goal as the last large population of minke whales was located there.
Nevertheless, Paul Gouin persisted, and through the French group, Robins des Bois presented the proposal to the French Minister of the Environment who agreed to present the idea at the 1992 IWC meeting.
Two years later, after a lot of work by many people, the “impossible” Antarctic Sanctuary was adopted by 23 votes against one (Japan) at the 1994 IWC meeting in Puerto Vallarta.
Nevertheless, Japan continued to issue phony “scientific” permits to hunt inside the Antarctic Sanctuary. Australia sued Japan in front of the International Court of Justice and won. Japan ignored the judgment.
In September 2018, Japan announced that it was quitting the IWC, stopping “scientific” whaling in the Antarctic, and re-starting commercial whaling in its own EEZ (Exclusive Economic Zone).
Many people consider any whaling in breach of IWC decisions to be pirate whaling. Even if Japan is no longer a member of the IWC, it is a signatory of UNCLOS (United Nations Convention on the Law of the SEA, in which Article 65 obligates all members to work through the IWC as the appropriate international organization to manage cetaceans.
The Phantom has come up with some out-of-the-box ideas to stop the only government sanctioned pirate whaling. See the section “Anti Whaling Society Ideas and Goals”.He welcomes the help of any kind, especially from people who know ministers of the environment anywhere in the world.

The Woman of action 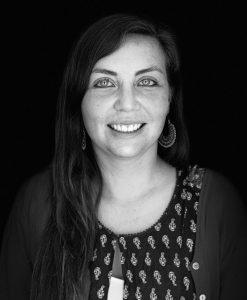 Colombian with more than 7 years of experience in environmental technical coordination, project management, ecological restoration, management of protected areas, analysis of policies, plans, programs and projects seeking to strengthen participatory processes for the conservation and sustainable use of resources natural, now in the fight against whaling. 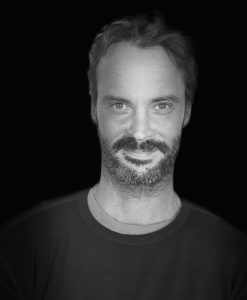 With the Phantom as a role model, how could he not be a defender of the whales? From sailing aboard a whale research vessel, assisting with the filming of whale documentaries and sailing the remote South Pacific in search of unchartered underwater seamounts, Jonah has developed a keen respect for the ocean.